Yeboue Akissi Viviane is a cocoa farmer and mother of four from the village of DeniseKro, just outside of Ivory Coast’s bustling capital of Abidjan. As part of a cocoa cooperative, she attended a community sensitization in early 2020 on ETG/Beyond Beans’ improved cookstoves project. Inspired by the benefits of these improved stoves, she decided to buy her own.

Our ProcarBOOH project in Ivory Coast aims to stimulate the commercial distribution of improved cookstoves to support forest conservation and the livelihoods of farming communities, and especially women. These stoves significantly decrease household air pollution, help households save on fuel expenditure, and they reduce time spent collecting firewood, particularly in instances of child labour.

The Environmental and Social Benefits of Improved Cookstoves

Environmental benefits: Since the 1960s, Ivory Coast has lost more than 85% of its forest cover, in large part due to expanding cocoa production. Growing urbanization in rural areas is a major reason for this, as forests are cut down to make room for expanding villages and their agricultural livelihoods. Overall, Ivory Coast’s population of over 25 million still relies on firewood for 73% of its energy needs, contributing to high rates of deforestation across the country. In rural areas these numbers are even higher: 95% of rural households fully depend on firewood for energy. Our improved cookstoves reduce the risk of deforestation, as they require 45% less biofuel. When adopted at scale, this intervention has the potential to lead to significant reduction in deforestation in and around cocoa-growing communities.

Social benefits: Clean cookstoves are also an example of a gender-sensitive intervention, as the reduced need for firewood collection and more efficient cooking that the stoves provide leads to positive impacts for women and girls in particular. In Ivory Coast, both firewood collection and cooking are activities conducted largely by women and children. Firewood collection is time intensive and most commonly done by children, predominantly girls, who have been found to carry weights of up to 15 kg on their heads for several kilometers at ages as young as seven. This can have harmful effects on their health and physical development, as well as increased risk of time spent outside of school. Cooking also disproportionately falls to girls and women, and traditional cooking methods over open fires are linked to significant health issues, as most cocoa households cook on open fires in small huts where the burning of wood or charcoal releases harmful substances such as carbon monoxide, particulate matter, and black carbon. This Household Air Pollution (HAP) causes respiratory problems and even infections.

Yeboue says "for me, I hope my cookstove will help me carry less wood from the farm as I am getting older and have less force for this kind of physical work."

The Story of Our Improved Cookstoves

In 2016 we formed a partnership between the Ivorian Alliance for Improved Stoves and Cooking Energy (CIACC), the Interprofessional Fund for Agricultural Research and Council (FIRCA) and the Executive Secretariat REDD+ in Ivory Coast to start up the ProcarBOOH initiative.

In 2017, 1,740 surveys were conducted with rural and urban households, food stall owners, and producers of firewood and charcoal in both the North and West of the country. These provided insight into the challenges and opportunities for a cookstoves project.

This was followed by a field pilot, where we imported 12 different firewood and carbon-fueled models in different sizes and organized community sensitizations at two cocoa cooperatives, with 488 members being given one of the 12 models to test at home for four weeks.

Based on the farmers’ feedback, two improved cookstove models – one burning charcoal and one burning wood – were selected for production by local manufacturer GreenKer. Tests carried out by the CERNER laboratory indicated that the energy efficiency of the charcoal model was 60% higher compared to traditional stoves, while the wood-burning model resulted in a 43% efficiency gain over its traditional counterparts.

We are facilitating distribution through three core strategies:

1) Sensitization sessions: To increase awareness around the benefits of these improved cookstoves, we focus on community-level sensitizations where farmers have the opportunity to see the cookstoves in action, ask questions, and engage directly with our field supervisors.

2) Discount rates: We also combine community sensitizations with significant discounts on the stoves themselves. Improved cookstoves are still a new concept for farmers in West Africa, and given their higher price compared to the traditional three-stone open fires, financial incentives are still needed to convince farmers to give these new products a try.

3) Loan facilities: We also offer farmers options for loans, which they can repay over the course of six months through their cocoa deliveries.

In November 2020, our local production partner GreenKer received a new machine, taking their production capacity up to 4,000 cookstoves per month.

Increasingly, we are also bundling the clean cookstove initiative with other community development activities such as women’s savings groups and child protection schemes. This will not only increase our outreach but will allow us to make the most of the cookstoves’ holistic potential as a support mechanism for women and youth.

Finally, as the project gains traction, we have begun a new carbon off-setting project through these cookstoves. This year, GreenKer is starting a pilot project together with ESSP and ALLCOT. The offset is calculated at 2.7 tons of carbon per year for 5 years (the lifecycle of a stove), and to include stoves in the project they are registered with a number and the name of the owner when they are purchased. Once a year an audit will be undertaken to verify the information.

We look forward to keeping you up to date as this new part of the project progresses! 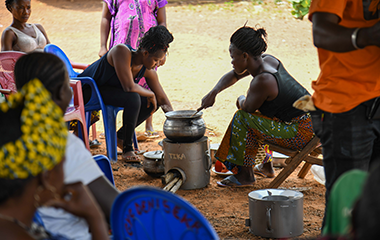 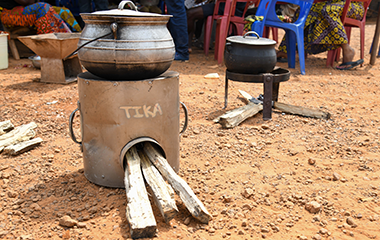 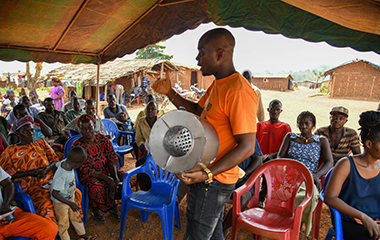 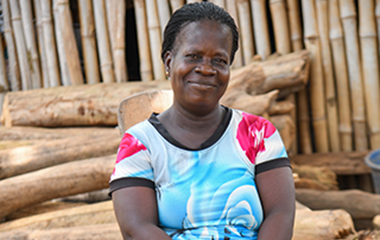 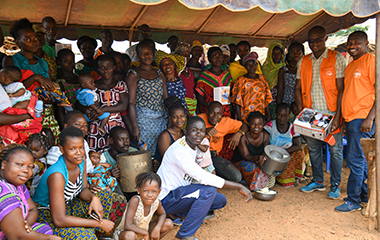